The LifeHand 2 Project: grips and senses like a real hand

Studies, which have been carried out furthering the results achieved in 2008, led in 2013 to this latest experimental phase called LifeHand 2. The research project enabling experimentation was named NEMESIS (NEurocontrolled MEchatronic Hand ProstheSIS) and was financed by the Italian Ministry of Health.

LifeHand 2 aims to create a completely implantable prosthesis system, richly sensorized and controlled through the patient's nervous system, with a dexterity comparable to a natural limb. Using a combination of surgically implanted electrodes (connected at one end to the nervous system, and at the other end to sensors) and an algorithm to convert signals, the team has produced a hand that sends information back to the brain that is so detailed that the wearer could even tell the hardness of objects he was given to hold. 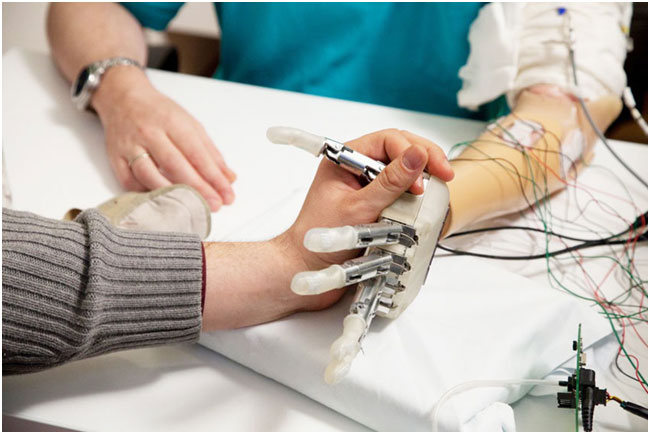 The patient, in particular, was quickly able to: