2013 International Robot Hands-on Competition & Symposium was held on December 15 in Taipei. The basketball robot developed by the NTU-iCeiRA with stable high shooting rate and agile response defeated the international teams and Xiamen University team who is the winning team after an internal competition in China. In IRHOCS contest, the NTU team wrote a brilliant record of five consecutive champions this year. 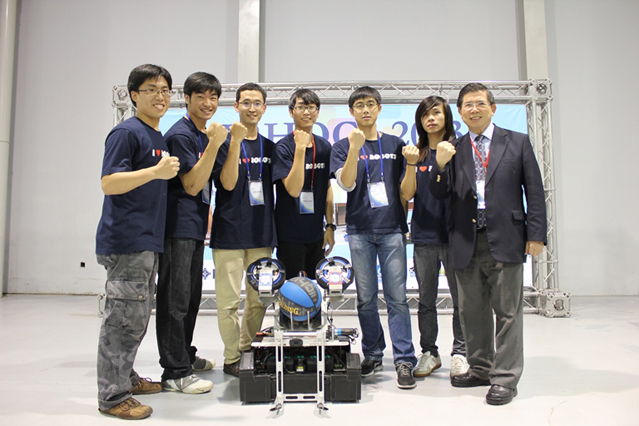 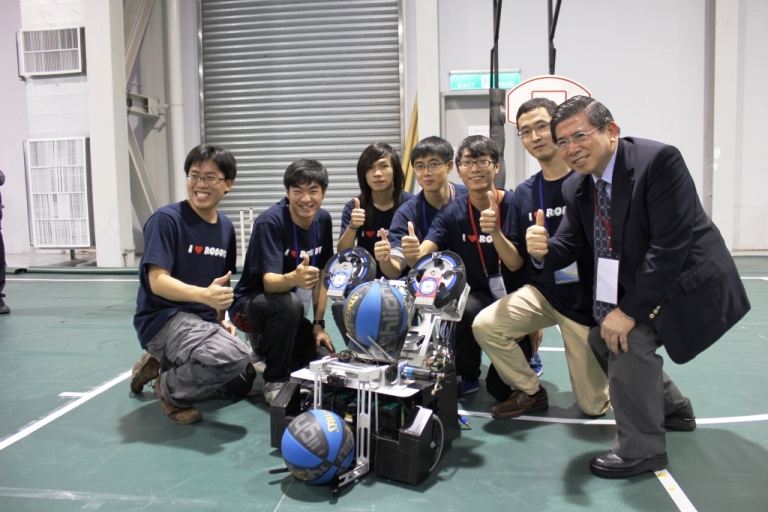 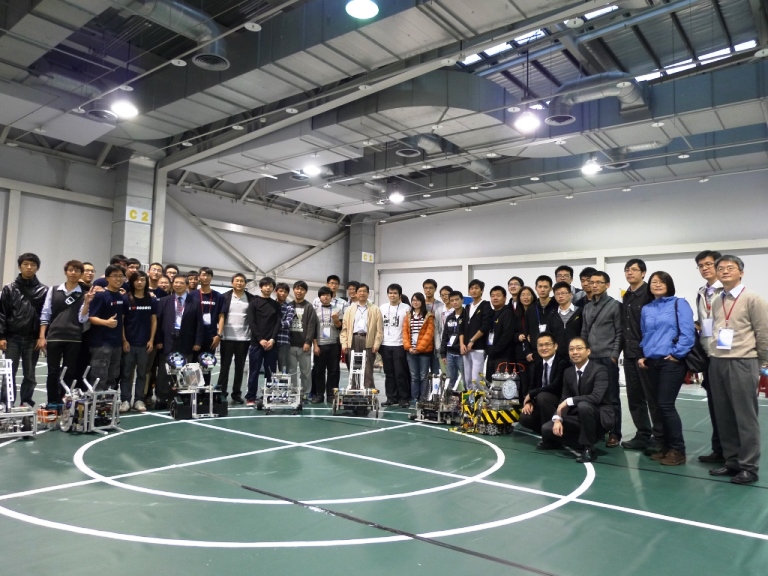 The fifth IRHOCS guided by the Ministry of Education and IEEE has Taiwan, China, Japan and other domestic and foreign institutions formed teams to compete. The NTU team "ICeiRA" consisting of Graduate Institute of Electrical Engineering won the basketball championship by the robot "ShooBot".

NTU team captain Zhe-Yi Lin said, the competition included autonomous taking the ball, positioning, obstacle avoidance, passing, etc. The team used the camera on robot to master its front situation, and its laser range finder is used to measure the distance, and then use its flywheel to adjust the shooting speed and distance.

NTU team advisor Ren C. Luo said, the robot must rely on the visual system to identify the orientation and position of the ball, and calculate the shooting parabola and basket position, but also to avoid obstacles. Under dynamic competition environment, the extrinsic factors of color, flash, etc. will all disturb shooting. Therefore, when designing algorithms, one must consider adaptability, as far as possible to exclude these confounding factors. Professor Luo also said,the visual servo control system in the field of human-robot interaction is an important core technology of industry required intelligent service robot. Annual increase in difficulty will enhance the intelligence and innovation of algorithms, and can enhance the industrial automation technology and international competitiveness.

Professor Ren C. Luo also pointed out that in the future social robots will be used to help and provide the necessary services for humans, that is, towards the development of human-robot interaction, collaboration, and co-existence. Taiwan industry and academia of robots have carried out the research development of human-computer interaction and cognitive science, through the IRHOCS, to let Taiwanese players have the opportunity to exchange and learn from international players, and could gradually foster Taiwan technology professionals with the prospective and integrated abilities.